Who Is Responsible When a Self-Driving Car Has An Accident?

The death of a pedestrian that was hit by a self-driving Uber vehicle in Tempe, Arizona may offer a glimpse of who could and should be held legally responsible when crashes occur, and a human is no longer at the wheel.  In a sad incident, Elaine Herzberg was walking her bicycle outside of a crosswalk at night on a four-lane road when she was struck by a Volvo XC90 SUV.  Video captured on the vehicles cameras were partially released to the public and showed what had transpired just prior to impact.  A link to the video can be seen here.  The Volvo was traveling in “autonomous” mode at approximately 40 miles per hour.  There was a person sitting in the driver seat of the Volvo, but the vehicle was being operated autonomously – with no human input or direction. 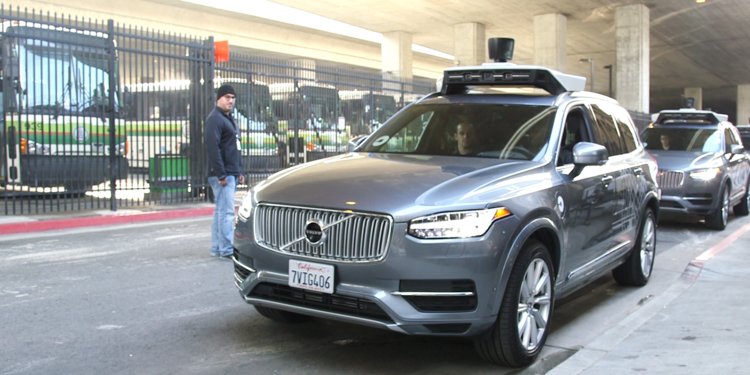 All states have laws in place in place that protect consumers if a person driving a car causes a crash that results in property damage injuries or death.  State laws do vary in the amount of protection offer individuals hurt or killed in a car crash.  In Florida, the driver of a vehicle that is reckless and/or negligent can be held legally responsible for the injuries of others caused in a crash.  Also, in Florida the owner of the vehicle that let another person driver their vehicle can also be held responsible for the reckless and/or negligent conduct of the driver operating their vehicle.  This is known as vicarious liability.  This theory of liability is based on the dangerous instrumentality doctrine which providers that an owner of an inherently dangerous tool, such as a car, is liable for any injuries cause by the operation of that tool.  With the technology of self-driving vehicles already on our roadways, the question of who will be legally at fault if the self-driving technology fails or does not work as it had been advertised.  Legal determination of fault for self-driving vehicles resulting in injuries or property damage becomes even more important when autonomous vehicles begin to have no driver or person sitting in the driver seat.

In the coming years, it is anticipated that throughout the United States, and particularly in Florida, there will be more and more cars being driven in autonomous mode by Uber, Lyft, Waymo, (a division of Google), and auto manufacturers such as Ford, General Motors, Tesla and Audi.  The question which remains is who will be held legally responsible if the vehicle operated autonomously by one of the ride-sharing companies or auto manufactures malfunctions and causes or creates an accident.  Currently, if there is a defect in the technology or how a vehicle is produced, there are laws and causes of action that protect consumers harmed by this.  These causes of action include product liability, strict liability and negligence theories of liability that may be brought against the developers of the technology and manufactures of the automobile that was defective.

Always forward looking, the developers of self-driving technology, component makers and manufactures of vehicles are already looking to Congress to enact laws that could help limit their liability or insulate them from liability should the technology they create hurts or kills someone.  There have already been legislative bills proposed by some members of Congress that deal with self-driving and autonomous operation of vehicles.  Although these bills have not passed, it is expected that these types of legislative bills will continue to be pushed by large auto manufacturers, technology companies, and their lobbyists in the future.

For the safety of consumers and the general public, it is important for all of us us, to be aware of these legislative bills being proposed and to talk to our locally elected officials about safety concerns regarding self-driving vehicles.  While it is important to have regulations as it pertains to self-driving vehicles, there also needs to be safeguards to protect consumers and the general public in case the technology or vehicles fail.